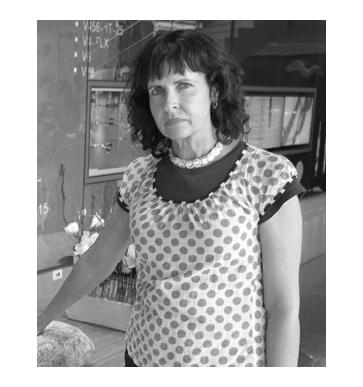 Judy Watson is an Indigenous artist whose matrilineal family are from Waanyi country in north-west Queensland. She co-represented Australia in the 1997 Venice Biennale, was awarded the Moet & Chandon Fellowship in 1995, the National Gallery of Victoria's Clemenger Award in 2006 and in the same year, the Works on Paper Award at the 23rd National Aboriginal and Torres Strait Islander Award. In 2011 her exhibition "Waterline" was exhibited at the Embassy of Australia, Washington DC. Her work is held in major Australian and International collections including the National Gallery of Australia and all of the Australian State Art Galleries Taipei Fine Arts Museum, St Louis Art Museum and USA and British Museum London as well as important private collections. She has exhibited widely over the past twenty years.

A major survey of works made from 1989-2003 was exhibited at the John Curtin Gallery, Curtin University WA in 2003 and at the Institute of Modern Art Brisbane in 2004. A version of sacred ground, beating heart toured Vietnam, Sri Lanka and the Philippines in 2004 with Asialink. It was also exhibited at the University of Queensland Art Museum Brisbane and toured regional venues throughout Australia.

Judy has received major public art commissions including "Wurreka" (2000) a 50metre etched zinc wall for the Melbourne Museum; "Walama" forecourt (2000), a sculptural installation of woven steel screens and upturned bronze dilly bags at Sydney International Airport; "Ngarrn-gi land/law" (2002) a 50metre etched zinc wall at the Victorian County Court Melbourne; "heart/land/river" (2004) a large steel reeds and sound piece installed at Reconciliation Place Canberra; "Museum Piece and two halves with baler shell" are at the Musee du Quai Branly in Paris (2006). Her work is featured on Gootcha, City Cat ferry Brisbane. "Freshwater lens" is situated beneath the Turbot Street Overpass Brisbane (2010). Watson's work "Water memory" is in the foyer of the Queensland Institute of Medical Research (2011). Images from Watson's heron island suite etchings were used in the design of Judy's artwork featured on the exterior of the Brisbane to Cairns Tilt Train (2011).

Judy Watson "blood language" a monograph by Judy Watson and Louise Martin-Chew, was published by The Miegunyah Press, Melbourne University Publishing in 2009.